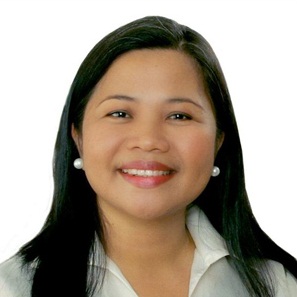 Former APRACA CENTRAB Trustee-Secretary Miss Lecira “Bing” V. Juarez was appointed Managing Director on July 2, 2012, replacing Atty. Eduardo Garcia who passed away last June 8, 2012. Her professional life carries a multi-faceted career as a teacher / academician being a College Professor and an Academic Coordinator of University of Mindanao and Maryknoll High School respectively; a cooperative manager and leader, a government executive, a legislative consultant on coop development and a technical consultant to various government corporations and cooperatives. Before assuming the posts of APRACA CENTRAB, Ms. Juarez was CEO and Chairman of the Board of Administrators of the Cooperative Development Authority (CDA), the regulatory body for cooperatives and coop organizations in the Philippines for almost six (6) years (2005-2011).

As former CDA Chairperson, and the youngest appointee ever to the position, Miss Juarez held various positions and representations to various government corporations and organizations as well as international affiliations and linkages. She was member of the governing board of the Quedan Rural Credit and Guarantee Corporation, Execom member of the Presidential Agrarian Reform Council, member of the board of trustees of the National Social Action Council; Co- Chair of the National Coop Development Council among others. She is also a member-representative and delegate to the ASEAN South-South Cooperation, the ASEAN MAFF, the ACEDAC, and the Alliance for Financial Inclusion (AFI), among others.

It was during her leadership in CDA that the new coop code was passed and that made her leadership instrumental in the passing of various implementing rules and regulations ensuring the provisions of the law truly enabling for the growth and advancement of cooperatives.

Before her stint as Agency Head of CDA, Miss Juarez was a cooperative manager of Panabo Multi-Purpose Cooperative (PMPC) (1999-2005) in Davao Province, Mindanao where she was instrumental in having the coop branded FOCCUS ( Finance Organizations Certified Compliance to International Credit Union Standards), conferred by World Council of Credit Unions (WOCCU) –an umbrella organizations of world credit unions in Madison, USA in 2002. It was during her stint as PMPC manager when PMPC also broke the world record on Self Sufficiency in the implementation of USAID and Freedom from Hungers’ (FFH) program called Savings and Credit with Education (SCWE), a microfinance program implemented in most developing and underdeveloped counties in the world. Miss Juarez also won for PMPC the Most Outstanding Cooperative conferred by Cooperative Development Authority (CDA) in 2002 and Outstanding Cooperative from Cooperative Union of the Philippines (CUP) in 2004 and an accredited member institution to the Bankers’ Association in the community. Miss Juarez herself received various awards and recognitions as Most Outstanding Manager in a number of local and national searches and also won the Development International Desjardin’s (DID) World Search for Top Community Finance Advocate in 2003.

A teacher by profession, she won and conferred an Outstanding Teacher Award by the Orient Bank in 1996. She took her advanced studies at the University of Philippines for management, and the Ateneo de Manila University for education. She believes that the world outside of the four corners of the classroom is the best school and university of life and that development work is magnanimous selfless form of service.